1) The most important thing is to make the cylinder (attachment “Extend cylinder”) longer by 5 mm! That is possible without making the entire flashlight longer. Just the zoom range will be enlarged and the reflector (attachment “Reflector”) will be directly underneath the lens and not 5 mm below the lens. Then you have a bigger cone of light and more lumen because less light gets lost on the black surface of the inside of the cylinder.

3) To provide more power to the LED, you need another driver.
I used this one: BLF A6 (A17DD-L FET+1): https://www.banggood.com/Astrolux-S...lashlight-Driver-p-1009980.html?rmmds=myorder
But you can design your own with a little less power output also. The driver should consume at least 4 A at turbo mode with the XP-L HI or 3 A with the XP-G2 at about 4.0 V).
At 4.2 V your driver has 2,4 A, my driver has over 6 A (Which is too much for continuous running!) You could make a driver with a 30 or 45 second step down…(after 30 or 45 seconds of turbo mode it steps down to only 3 A e.g. with the XP-L HI).
It should also have a temperature step down…when temperature is too high it should step down to a lower light output to protect the LED from damage!

4) If possible, make the driver programmable. I personally prefer the flashlight to come up with the lowest mode (e.g. moonlight mode) and not on the highest mode. Furthermore, I would use 4 modes: moonlight, low, mid, turbo.

5) And please put in the possibility to step back (E.g.: pressing the switch for more than 0,4 seconds makes the flashlight to step back…e.g. from mid to low and then from low to moonlight and from moonlight to turbo and from turbo to mid).

6) Better heat capacity for the turbo mode: You have enough space below the led to fill that with aluminum. The surface, the LED is put on with thermal paste is only 2 mm thick. Making it about 10 mm thick should be enough!

7) The anodizing should be removed bevor putting the thermal paste and the LED on it…than you would have an even better heat conductivity.

8) Instead of thermal paste you could use thermal glue, if you want…but that’s not really necessary for you construction.

9) When you press the tail cap switch not vertically, the flashlight doesn’t turn on and the switch can jam and does not come out again. Use a switch that is a bit longer. Then the plastic of the switch is directly underneath the rubber cover of the switch and can be pressed better and from different angles.

10) Use more grease for the threads and the O-rings of the zoom mechanism.

Raff, you may want to try reducing the main headpiece's lenght up to 5mm from below, I plan on doing it but I'll have to resort to sanding it down with very coarse wet sandpaper. This is the way to fix flood output and angle spread in this torch for cheap.
I'd go with the inner o-rings installed in the above (closest to the emitter) slots.
Related: ThorFire TA13 -Sofirn SF30A- questions & dealing with (#24)

A little update, I had set this on hold.
Both Sofirn SF30A and ThorFire TA13 inner cylinders are different (different mid slot diameter due to slightly different headpiece), but o-rings go in the lower and mid slot for both.
I determined up to ≈3.5mm of headpiece lenght can be reduced before the o-ring comes up when pulling out the body/cylinder (zooming in), so this is as far as this fix can get.
A bit of grease comes in handy when messing and reassembling all of this stuff.

Resumed the project and finally did the mod, my rotary tool hasn't been operational until recently. SF30A's head trimmed off ≈3.5mm: 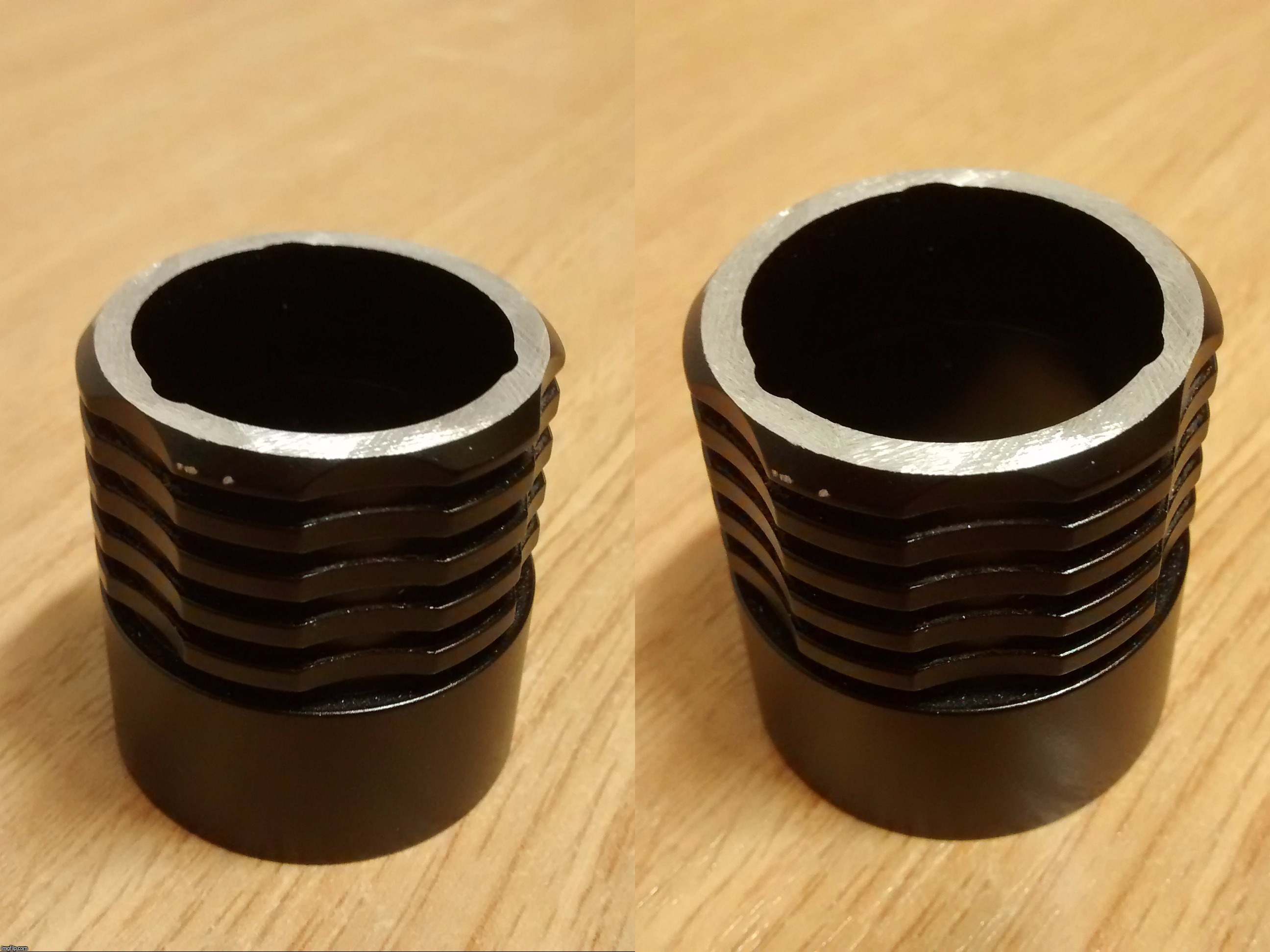 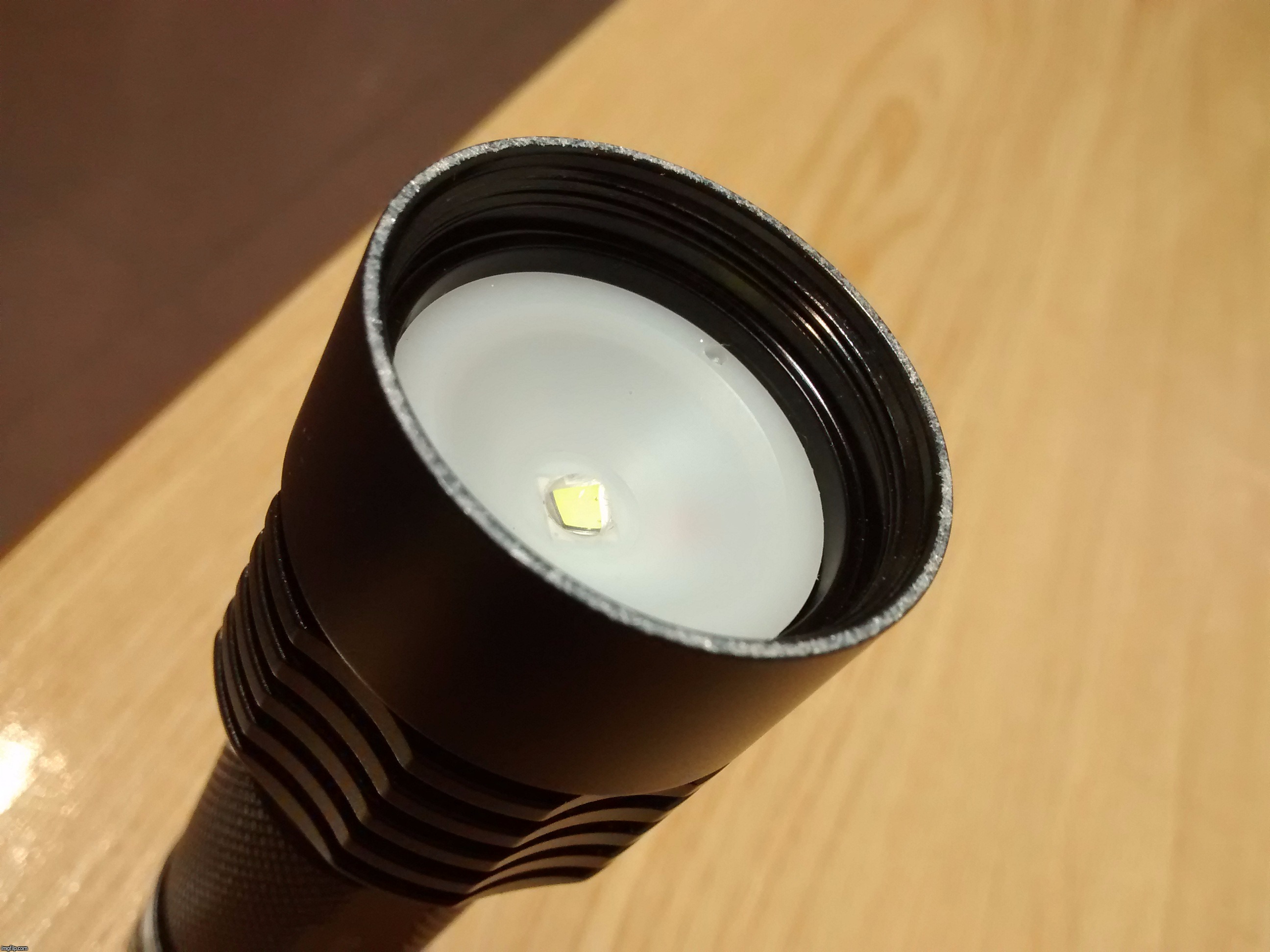 The head now feels like it's missing something, it wobbles a bit but nothing major. 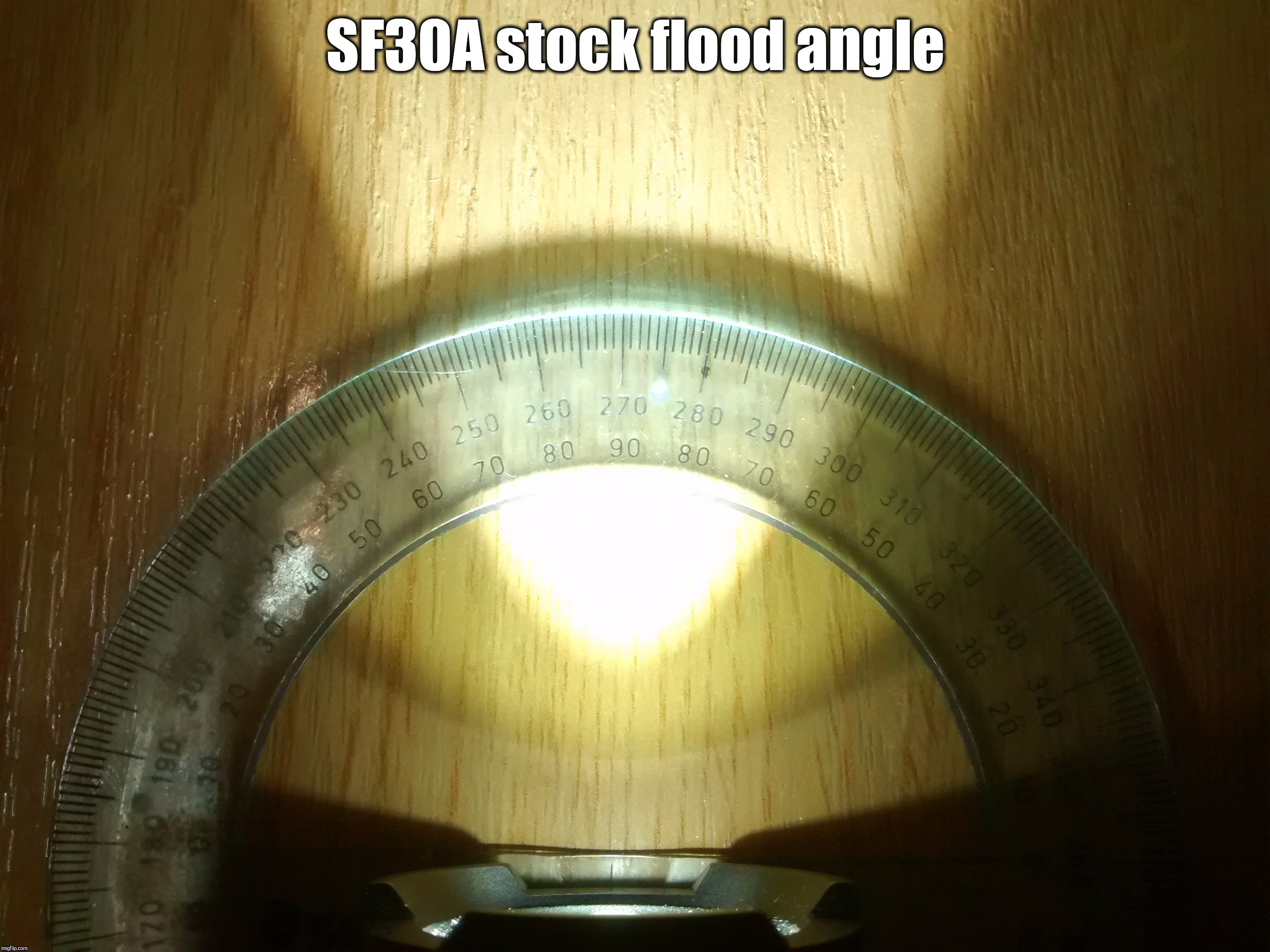 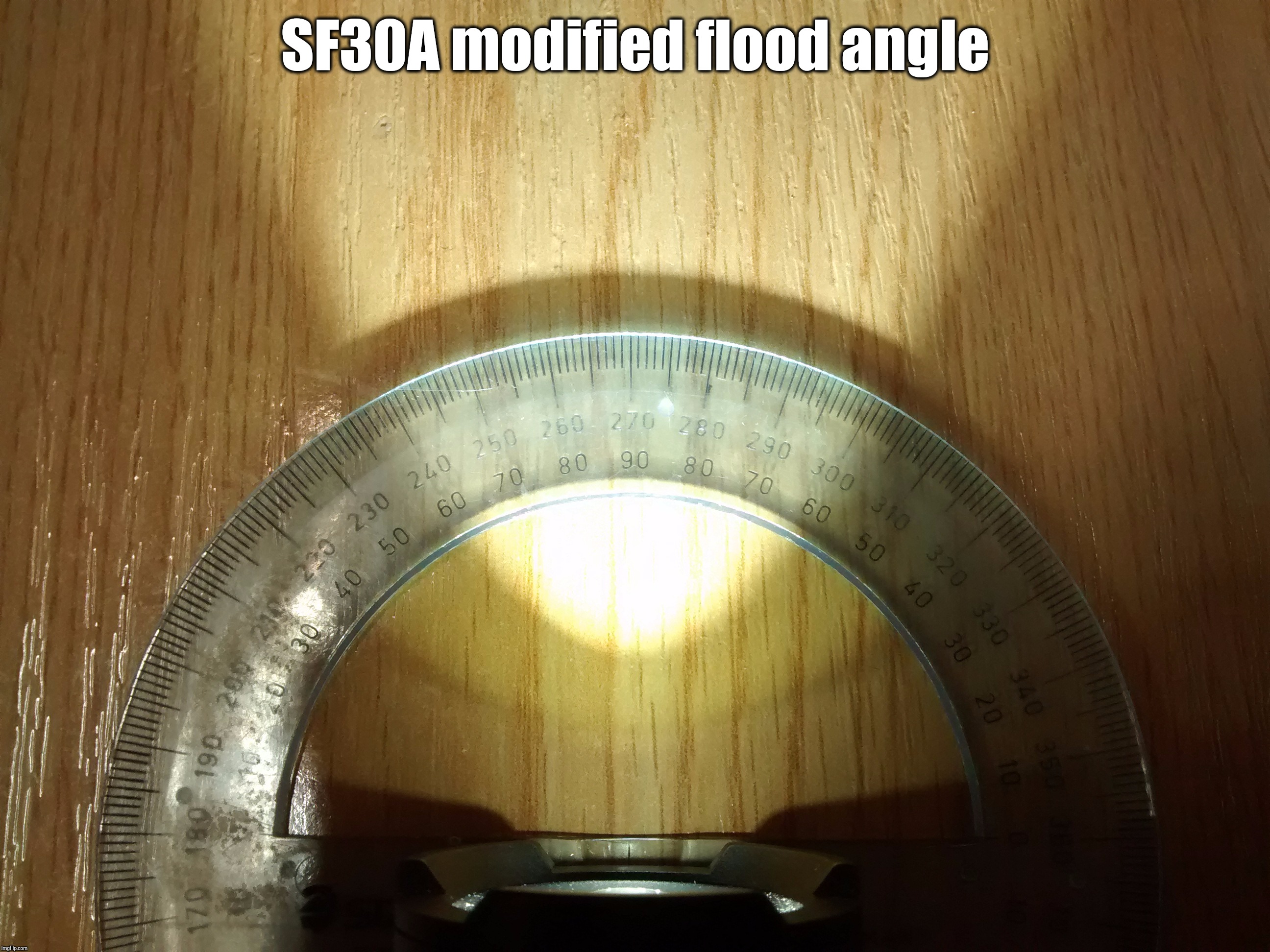 The pre-mod shot was taken 3+ months ago. The modded one has been shot with the torch in medium mode, I guess this means the stock one was shot on high.